The original patent for thepedal-driven bicycle, filed by Pierre Lallement, In November 1866, PierreLallement, a French mechanic who had been engaged in making children'scarriages and the variety of velocipedes then in use, was granted a patent forthe Lallement Velocipede. This machine was heavy and clumsy, with the front wheel,or driving-wheel, operated by cranks.  It still relied upon using the feeton the ground for support or for starting the machine. But, as the patentexpressed, that the greater the velocity, the more easily the uprightposition was maintained. In 1866  together with James Carrol of New Haven obtained a patent,this was the first patent obtained for a boneshaker anywhere in the world. Soonafter boneshaker manufacturers sprung up all over. Many were in the UnitedStates including Wood Bros. New York City, Pickering and Davis New York City,Hanlon Bros. New York City and Kimball CO. Boston. Just as individuals madehobbyhorses a local blacksmith or craftsman could also make the boneshakers.During this period riding schools started advertising in newspapers andbroadsides were posted making the public become aware of the value of learningfrom expert riders of this new invention.

1866 First Patented Bicycle in the USA 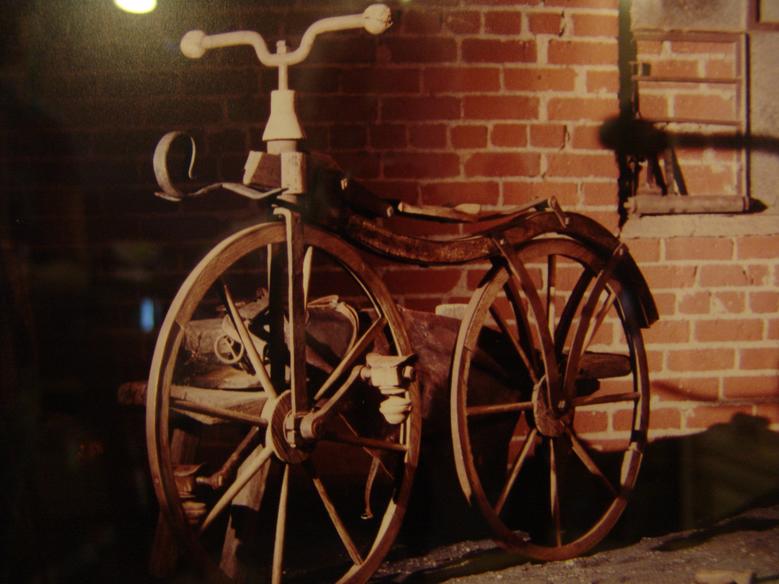 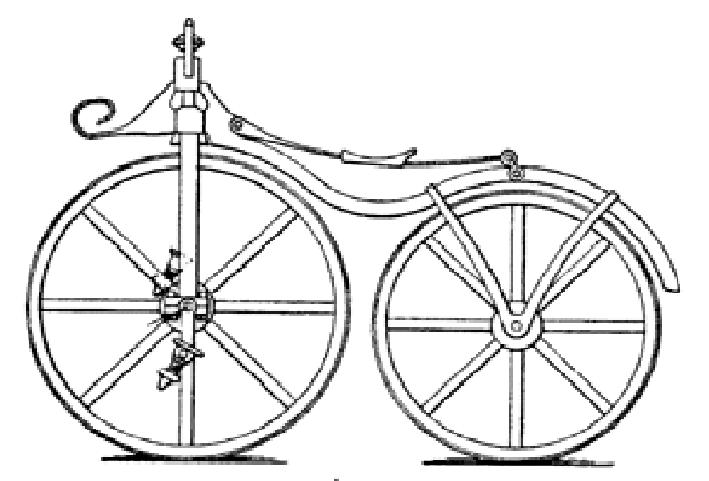